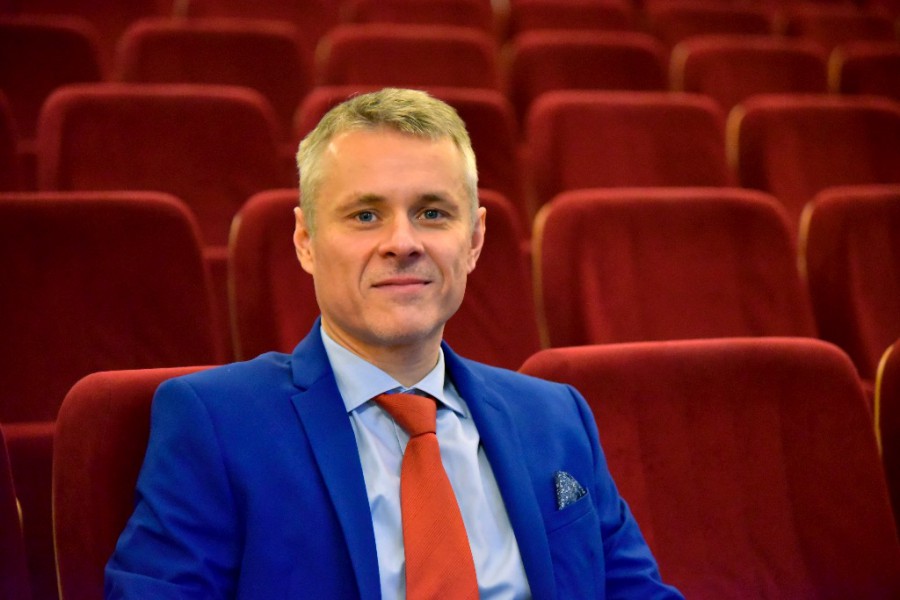 Maciej Gallas – tenor, graduated from the Music Academy in Kraków (1998) from professor Christian Elssner and professor Adam Szybowski’s class. He perfected his abilities during voice courses nationally as well as abroad, amongst others with Hanno Blaschke in Munich.

Since 1994 he leads a live activity, performing oratorio- cantata works as well as recitals of vocal works. In 1997 he had his debut on the opera stage, performing the part of Tamino in The Magic Flute by W. A. Mozart at Kraków’s Opera. His repertoire has a special place for baroque works, performed with the accompaniment of ensembles playing on historical instruments, as well as symphonic and chamber orchestras. He has worked with such ensembles as the Concerto Polacco (Warsaw), Arte Dei Suonatori (Poznań), Cappella Cracoviensis (Kraków), Camerata Silesia (Katowice) as well as various philharmonic orchestras including those from Białystok, Częstochowa, Katowice, Kraków, Opole, Rzeszów, Wałbrzych, Zabrze. He took part in international festivals like Wratislavia Cantans, Muzyka w Starym Krakowie, Jan Kiepura’s Festival in Krynica, and the Old Music Festival in Kraków. He did numerous album, tv and radio recordings (amongst them one for the 2nd platform of Polskie Radio).

Between 2001 and 2002 he worked with Kraków’s Opera, taking part in various performances: Pagliacci by R. Leoncavallo, Mozart and Salieri by M. Rimsky-Korsakov, Le Toréador by A. Adam.

Since 2004 he’s a soloist at the Chamber Opera in Kraków, in which’s establishement he took part and performed at its premiere by singing the part of Ernesto in Don Pasquale by G. Donizetti.

In 2008 he had his debut in Śląsk’s Opera, taking part in the performance of Carmina Burana by C. Orff.

Since 2004 he has been teaching: he leads the class of solo singing in G. Fitelberg’s Musich School in Chorzów and in W. Żeleński’s Music School in Kraków. Amongst his pupils there are laureates of many competitions.